A century ago today, on 31st July, 1917 the Third Battle of Ypres was begun, later to be known as Passchendaele, after the Belgian village some five miles away. It was to be a long, hard, miserable battle.

This push towards the German lines was mounted at the command of General Haig who was feeling confident following the success of the Messines Ridge attack some 6 weeks earlier.

Shelling by both armies over the previous days had turned the ground to mud and this was soon followed by the worst rain in over 30 years, causing conditions to become so horrendous that many men and horses drowned in the ensuing quagmire.

The battle was to rage for 3 months and casualty toll ran to 325,000 Allied troops and 260,000 German soldiers, or 22 men for every foot of ground traveled before reaching Passchendaele.

The churning up of so much land caused disturbed seeds to bloom in vast numbers following the end of World War I. This was especially true for field poppies, whose seeds can remain dormant for many, many years. Every time I see a field of poppies I think of the poor, brave soldiers from both sides of the war, whose lives were made miserable for a long period and then cut short, usually in terrifying and horrible ways. 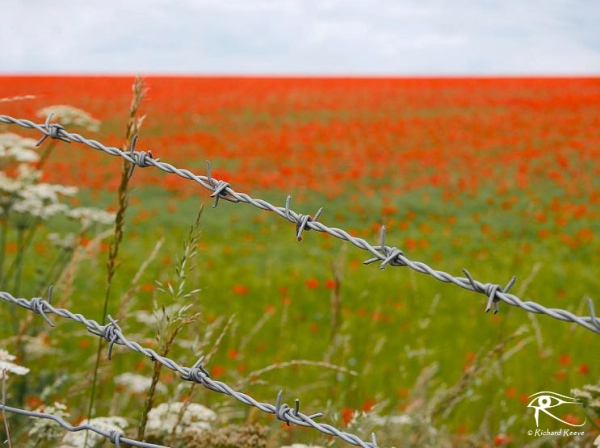 Lest We Forget…
~Richard