He looked across his Kingdom to see his opponent in the distance, protected by his foot soldier. I have this covered, he thought to himself smugly. But the carefully planned trap was sprung, and to his horror the Knight bounded across to his left and hemmed him in the Rook’s grasp. It was all over. Checkmate. He slumped and fell to his knees.

She stood to the edge of the court and observed her husband’s opponent. He had a smug look on his face, but she would soon end that. How dare he attack their city? She stood tall, clear in the knowledge that she was the most powerful player here. She didn’t even have to move this time. A barely perceptible nod to her Knight and their pre-planned trap was sprung. The color drained from their enemy’s face and he crumpled to his knees, defeated…

To be honest, this was the part of his role he disliked most. He had never really felt comfortable being brought into the battle. It seemed to go against his credo. Then again, the Kingdom had to be defended otherwise all his Good Work could not be continued. This had been a particularly hard fight. Looking at his fallen comrades and his bloodied broadsword he prepared for the next onslaught. Then he saw the Knight gallop towards the enemy in a bold move and suddenly it was over. He had lived to fight another day! But only after he had ministered to the wounded…

I am shocked! I was up at Temple University in Philadelphia earlier this week dropping off my daughter and when I was explaining the beautiful statue of the Red Owl at Alumni Circle on Liacouras Walk to another parent when I noticed it has been removed! I love this wonderful marble work by Beniamino Bufano and the fact that it was part of an installation that included an acoustic wall that had been specially designed to show off the properties of  sound reflection. The statue was dedicated in 1988 and now, under 30 years later it has disappeared!

In its place there now stands a larger, more sinister looking owl with outstretched wings. It was still attached to its supporting crane this week so it must have been a recent change. I can find no mention of what has happened to Bufano’s classic – I hope it is relocated but it is a shame it was moved in the first place. I will miss it.

I hadn’t picked up my camera for over a month, but yesterday I had the opportunity to visit Valley Forge National Historical Park with my daughter and her friend. We hired bicycles for two hours and cycled around 9 miles through this beautiful area. It was hard work on some of the unpaved trails but well worth the effort.

There were no battles fought at Valley Forge, but lack of supplies was so severe that starvation and disease saw 2,500 men and over 700 horses dead during the six months the Continental Army was encamped there from December 1777 to June 1778. 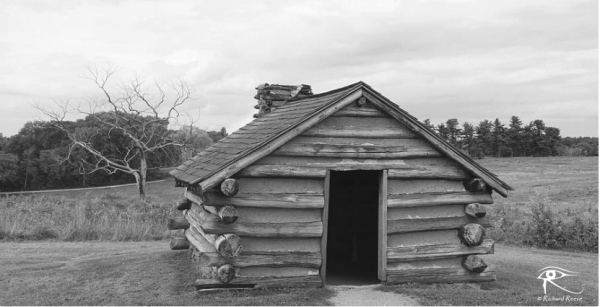 Yet, despite the appalling living conditions, the Continental Army was transformed from a rebellious force into a fully fledged army that was eventually able to fend off the British Army and allow the colonies to establish themselves as an independent nation.

The weather in February 1778 eased and became milder, alleviating some misery and Washington’s appointment of the resourceful General Nathaniel Greene as Quartermaster enabled better supply lines to be established. Successful petitioning of the Continental Congress finally allowed funding for the army and then, in March 1778, the mercenary ex-Prussian Army drill-master “Baron” Friedrich Wilhelm von Steuben arrived at camp. Though he spoke no English, von Steuben, with the help of translators, and due to his peculiar style of actually interacting directly with the men, was able boost morale and to train the American soldiers. His work became “The Blue Book” (Regulations for the Order and Discipline of the Troops of the United States) and would remain as the official training manual for over 30 years.

With the Treaty of Alliance with France signed in February 1778, ensuring supplies and support, and a well trained army behind him, Washington was able to leave Valley Forge after six months and face the British.

The rest, as they say, history… 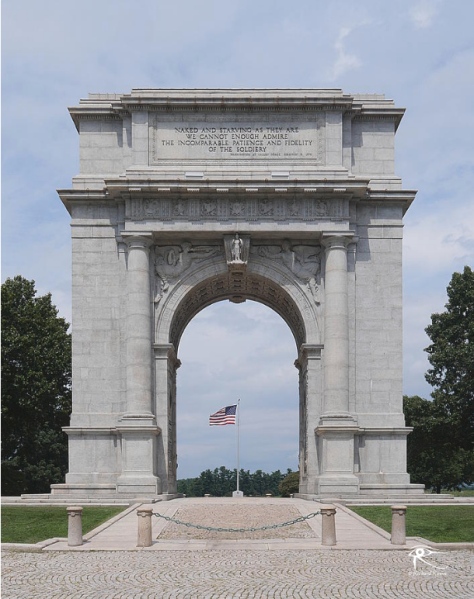 On the fence at Montmartre 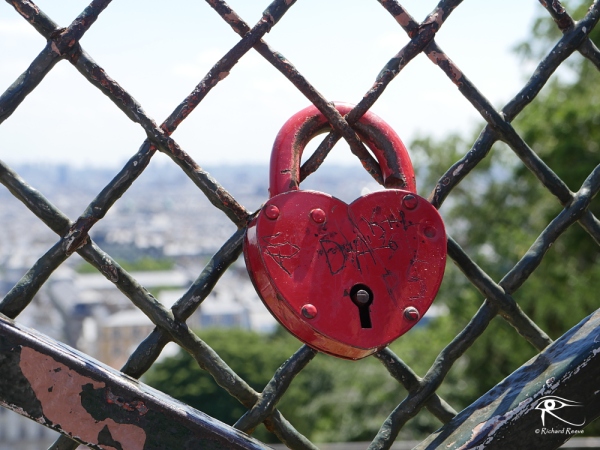