We have had a lot of rain over the last few weeks, which is not unusual for our part of Eastern Pennsylvania, where summer downpours and storms and the normal climate. As we live in a wooded area we have a lot of leaf litter and decaying branches and twigs on the ground which, coupled with the high humidity, makes an excellent environment for fungi to flourish.

One thing about these mycological wonders though is that you have to be quick to catch them as some species seem to pop up, mature and die down again in a day or two!  I went out to mow the lawn in the morning and noticed a few different types and then went out in the early evening (almost too late as the light was failing) but I did manage to get quite a few serviceable shots of the variety that inhabit our property with my trusty Panasonic GX8. needless to say, a lot of these have gone already, a mere 24 hours later!

As I mentioned on my previous post, if anyone can help me to identify any of these I would be most grateful! 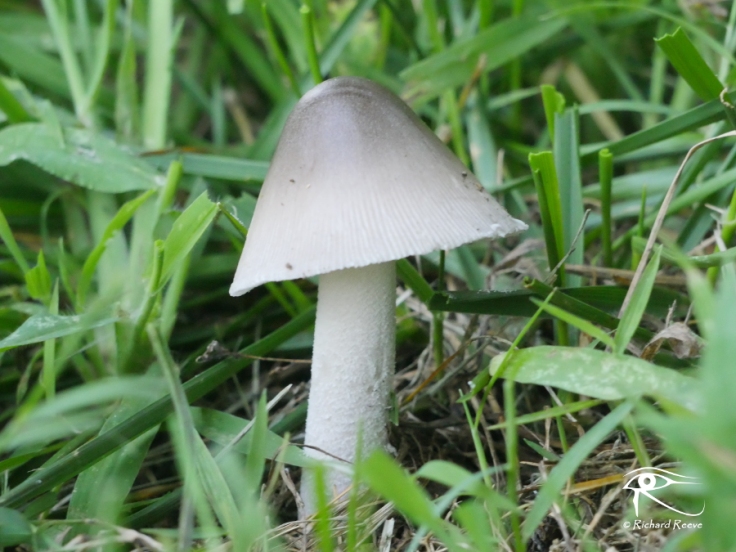 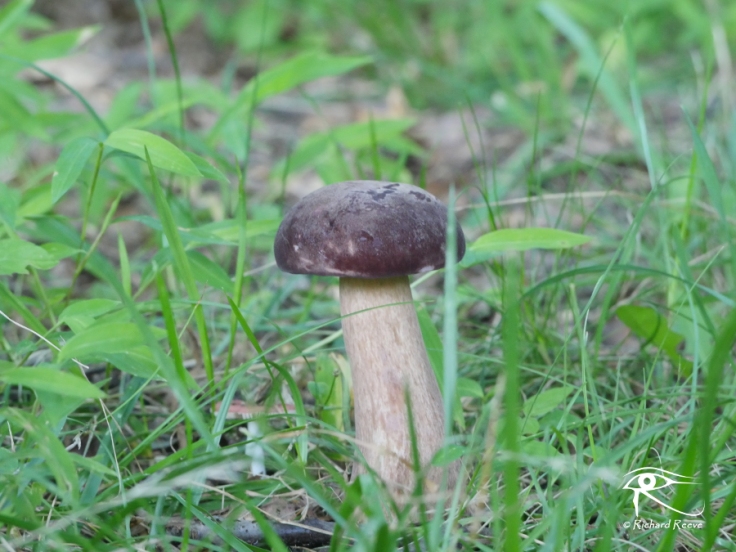 WEEK 43: Portrait: The Elderly – Tell the story of an elderly person through the power of your camera. Capture the lines of their life.

OK, I’m really stretching it for this one.

As I am not a Garry Winogrand style photographer and I do not relish sticking my lens in people’s faces, nor do I feel confident in snapping away at crowds, in the style of Martin Parr, I thought I’d need to very creative here. In the end I opted to use a photograph of the “old man of the woods,” or the Sumatran Orangutan, taken at Philly Zoo a few weeks back.

Sugiwara (Sugi) was 21 years old on New Year’s Eve 2016,  which makes him middle-aged for an orangutan, rather than elderly, but I still think I meet the challenge due to the nickname for these wonderful primates and also because it shows him in a calm contemplative moment.

Today is world rhinoceros day. As I haven’t written a haiku for a while I dedicate one today to this wonderful beast…

WEEK 35: Landscape: Nature up Close – Get up close and personal with nature in this natural beauty shot. Flowers, bees, bugs and spiders might all make great shots

One of the easier challenges, in my opinion. I have recent shots of a dragonfly or fungi that I could use but in the end I was persuaded by a friend to use the autumnal one below as it seems pertinent with the leaves starting to fall from the trees around us.

How short summer seems to have been… 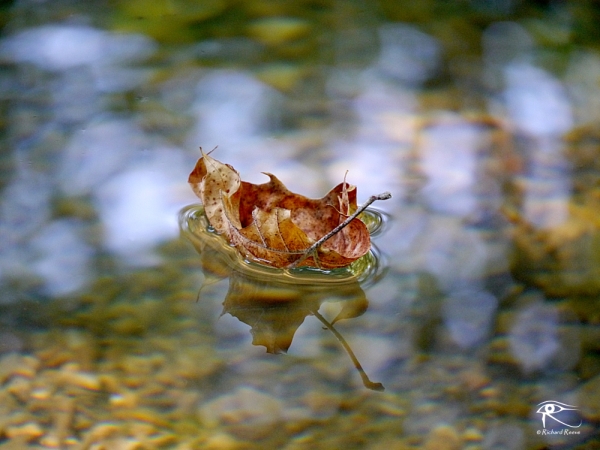 (Oh, and yes, for those of you who have noticed, I have skipped week 34 temporarily. I’ll come back to it as soon as I can.)

Today is the 100th anniversary of the National Park Service, created to protect the wonderful tracts of wilderness, defined by Congress as National Parks, for all time. There are 59 of these sites spread across 27 states, and covering nearly 52 million acres (210,000 km2) and they truly represent something special.

My first introduction to them was many years ago as a teenager in the UK when I stumbled across the amazing work of Ansel Adams, particularly his stunning photography of the mountains in Yosemite, that were sold regularly in shops such as Athena, on the UK High Street. I had a huge poster of Half Dome on my wall for many years.

I would never have believed at that time that 25 years later I would actually be emigrating to the US, visiting Redwood and Yosemite National Parks from my new home in California and be able to take my own photographs. 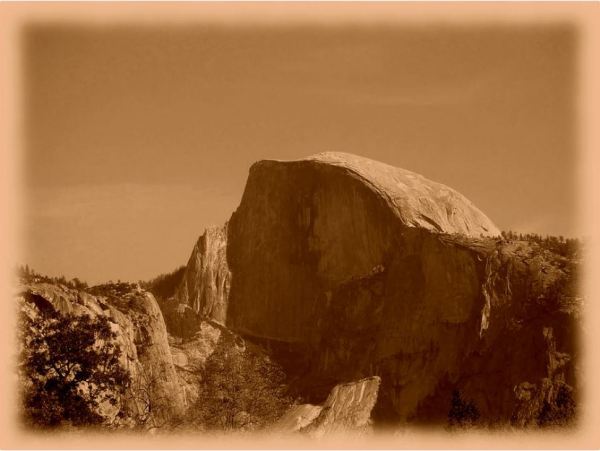 The National Park Service does a great job of fulfilling their mandate to protect the National Parks  and they also have a really nice website to educate us all on the parks and the other areas that are affiliated to the NPS or managed by them, such as National Historic Sites, Scenic Trails, Recreation Areas, Memorials, Battlefields, Heritage Corridors, and Waterways.

So, next time you or your family want some real quality time why not turn off the TV, check out their site and then leave your technology at home and enjoy some of the beautiful countryside that the United States has to offer?

To rest on its chosen perch

The old saying, “it’s so nice to go traveling but it’s so much nicer to come home” sprung to mind this morning, as I was wandering the yard after 12 days away. It was great to escape the daily routine, visiting new places and doing different things without thinking too much about the usual domestic chores to keep the house running.

When we returned the grass had grown significantly so my first task was to get out the mower, but before I did so I thought I’d walk around and I was glad I did. The warm, wet weather recently in Pennsylvania, along with the lack of two mowing cycles,  had allowed some great mushrooms to flourish. I love mushrooms, although I don’t know much about them, so I took a few shots and then decided to leave a large area of the yard uncut for a few more days at least so they could finish doing their fungi activities.

Oh, and if anyone can identify any of these beauties I would be grateful. 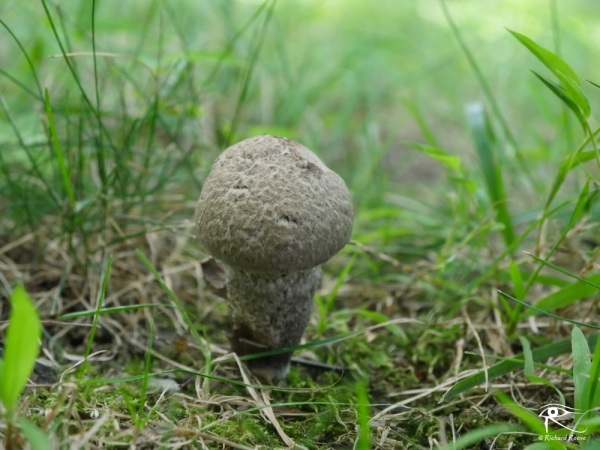 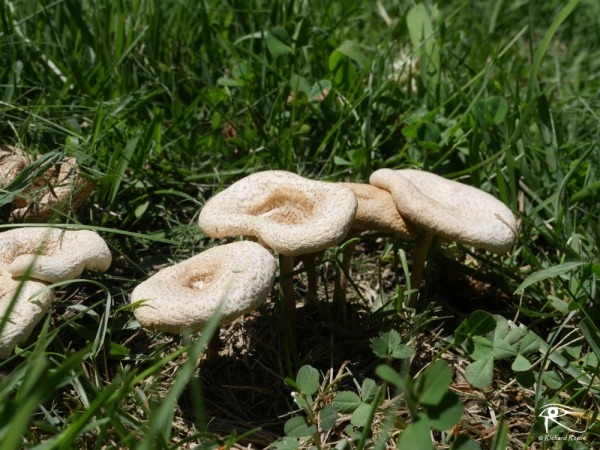 On a recent road trip to New England we stopped off at New Haven, Connecticut and stretched our legs at a small Nature Reserve. The early evening light was wonderful and we were fortunate to see one adult egret and a couple of young ones too. I was very lucky to get a single shot of the adult as it took off and flew low over the marshland. A very elegant bird and I am pleased with the clarity of this shot hastily taken at full zoom.

Today we fell ‘victim’ to the circle of nature in our quiet little semi-rural home. We have three chickens that we let range freely during the day over the property in exchange for their delivery of their daily egg, and three more youngsters who should soon be ready to join the growing flock.

As mentioned in a previous post, we also have a local fox, with which we have already had one close call. So, we have been very careful of late in only letting “the girls” out when we’re in and around the garden.

It was a dark, wet day and I naively thought that there wouldn’t be a problem with the usual routine. I was wrong and the seemingly inevitable happened, with one of the hens being taken by her nemesis. We spent a good hour hunting around the yard and adjoining properties, but all we could find were a few clumps of feathers. We are all pretty upset about it, unlike her two “sister” hens who now seem to just be annoyed that we’re keeping them in their (large) pen.

According to my loosely followed schedule today I am due to post a “philosophical” thought or two on this blog. But where to start? Given the unexpected death of yet another celebrity musician/artist yesterday, with the untimely demise of Prince, I could perhaps ramble on about how we are losing so many celebrities this year, but I already did that a few months ago (which perhaps proves a point?!). Instead, I will witter on for a short while about Earth Day, for that is today’s designation.

According to the Earth Day Network the concept of Earth Day emerged from a growing awareness of humanity’s impact on the world through Rachel Carson’s seminal work, “Silent Spring,” in conjunction with the hippy movement that channeled a more introspective viewpoint on the world. This was a fairly slow grass-roots (pardon the pun) movement which became much more active following a particularly bad oil spill off the coast of Santa Barbara, California in 1969 that fueled (I promise that’s the last pun) Sen. Gaylord Nelson to found an environmental movement in 1970, that is still going strong.

I will admit, that I am not generally a great fan of these “(Inter)national days” that seem to be thrust on us from all sides almost every day, and have been largely denigrated by crap like “national chocolate covered cashews day”, “national get to know your customers day” (both yesterday) or “national jellybean day” (today) and “national hanging out day” (tomorrow). Yes, really! However, I do think that Earth Day is special.

Although we should always be cognizant of our environment, and the impact we make on it; whether it be the human environment, natural environment and, yes, even the office environment; how often do we really do this? Personally, I do make the effort to turn off lights (sometimes), re-use and recycle (when I remember), walk instead of drive (when I can be bothered), but I still waste a heck of a lot of resources in my daily life. In fact, more than many people on this spherical rock even start out their day with.

So, perhaps having one day set aside to actually focus on something as important as the planet upon which we live is not a bad thing. Today I will try my fallible best to do something, however small,  “for Mother Nature” and I hope you will too.

By way of celebrating the day I also offer up the Flag of Earth, created by Illinois farmer, James Cadle, in the wake of the moon landing and unveiled the same year that Earth Day was started. It was designed to represent us all as passengers aboard the earth as a spaceship. 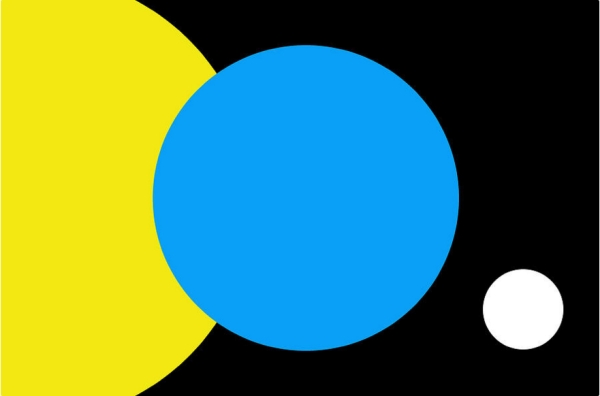 What a fitting way to consider our relationship with our home planet!

storytelling the world through travels & books