Mr. Hershey’s story is fascinating – a poorly educated, failed confectioner with a devoutly religious mother and a father who was, to say the least, a bit of a reprobate, and who after years of hard work develops  a successful caramel (Lancaster caramels) that sells internationally and makes him very wealthy. This would have been a good enough “rags to riches” story but Milton decided that caramels were not the future so sold his business in 1900 for the astonishingly huge sum of one million dollars and then sank all his money into developing his new passion, chocolate.

For this he bought the latest technology, employed modern production methods and developed a new process for making chocolate using lots and lots of locally sourced milk. For this reason he sited his new town in the heart of Pennsylvania dairy country. The new town’s name was chosen by vote to be Hershey, as a tribute to the man and he employed thousands of people in his hugely successful business.

He also suffered tragedy though as his young wife, Kitty,  became ill and died in her early 40s devastating him. As he and Kitty had no children Milton established an orphanage school to provide free education to thousands of children over the years and which, today, provides the same service for students of humble background.

Milton S Hershey was a true philanthropist, of the ilk that we do not see so often in modern times, and his various companies, institutions and organizations carry on his legacy to this day. 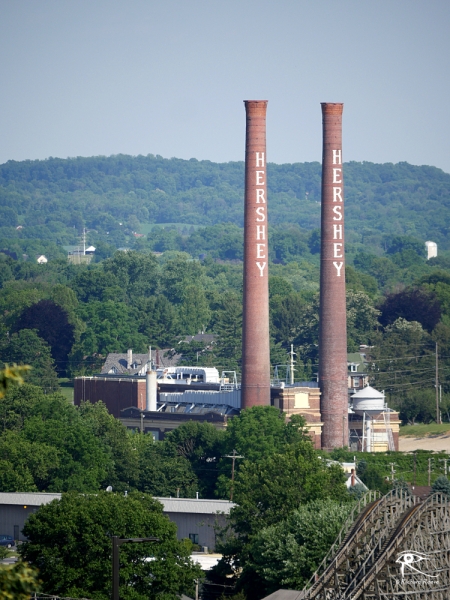 So, where’s the paradox, you may be asking?

Well, as someone brought up in the UK, I have to admit I simply cannot stand the taste of his chocolate. Even the smell of it is quite nauseating. I have tried many times over the decade that I lived in the US to get used to it but I simply cannot. To me it smells and tastes like paraffin wax (kerosene).

There’s my paradox – I admire what Milton S. Hershey achieved, his philanthropy and general attitude, and the fact that he made his fortune on a product that is of actual food value (unlike Coca Cola, for example), but I simply detest his product. There, I’ve said it!

5 thoughts on “Hershey – a paradox”