It’s been over 6 months since I shared a photo related to the 52 week photography challenge but I didn’t share the short story I wrote to accompany the photo on my website. As it has been a while since I have shared a story on this blog I thought I would post it now in its entirety: 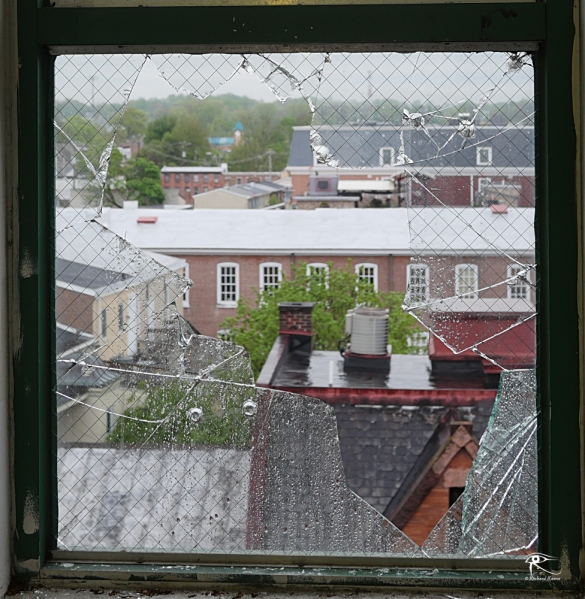 He looked out at the tops of the houses through the shattered window. The town was quiet now that it was daylight, although even the sun seemed to begrudge showing itself this morning. The battle had been unexpected, extremely violent but thankfully localized. Oh, and weird, to say the least. When the biker gang had ridden into town like some cowboy gangsters they hadn’t expected much resistance. They’d been before and got what they wanted without much trouble from the townsfolk. They hadn’t figured on the resentment that had been building up all year in anticipation of this day and so were totally taken by surprise when the doors of the convent burst open. The looks on their stunned faces were priceless, especially from their evil tattooed leader. He thought he was tough, but when faced with shotgun-wielding nuns screaming obscenities he, like the rest, was momentarily paralyzed with confusion. That’s all that was needed, as Mother Superior had predicted. The invaders had only managed one reflexive shot in response and it went high and broke the window up in the tower. And this gray morning the gravedigger was busy digging twelve holes…