Yesterday’s trip to the Big Apple was a bit of an eye opener for me. Despite trying to get inspired by the dogwood52 challenge that I have forced myself to participate in for the last 19 weeks, I have really been neglecting my photographing activities on the whole. One could say I have lost my focus (appalling pun intended!). Thus, knowing that I would have several hours free time in NYC yesterday I made a point of packing up my bag to include my Panasonic GX-8 with a 20mm f/1.7 and a 45-200mm f/4.0-5.6 lens.

I also took along my trusty Panasonic LX5 and removed its external LVF so that I could keep it handy in my pocket. I thought about getting some decent street/urban shots but, to be honest, I still feel very self-conscious about this and don’t want to intrude too much into people’s lives. It’s just my opinion, but I strongly believe that the ways of the Garry Winogrand “in yer face” approach are long-gone and people are much more suspicious and unforgiving than they were even 20 years ago. I want to get home in one piece.

Anyhow, as I mentioned yesterday I took a leisurely stroll along the High Line and was pleasantly surprised not only by the art installations but also the views of the buildings and the creativity that has been used in the area. This extends from the place itself into the neighboring buildings and also into some of the graffiti in the area. 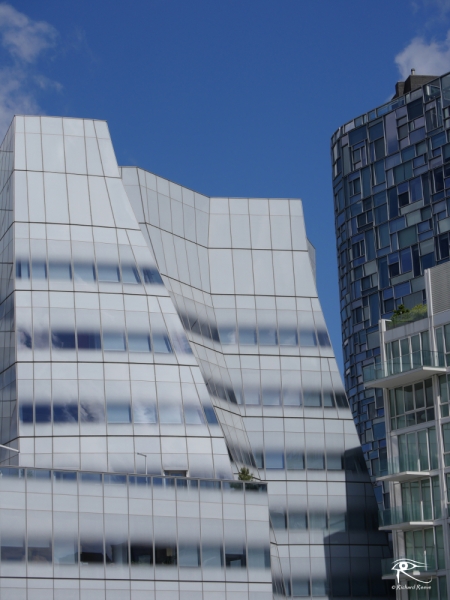 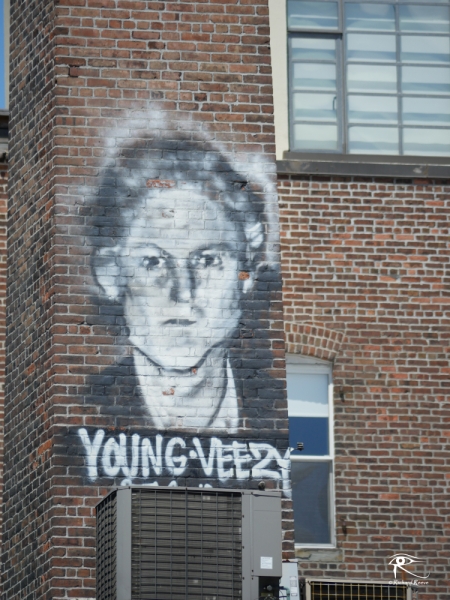 Being alone in the city as a tourist can be a little strange; for example, there is no-one to share your thoughts or discoveries with but on the other hand it does afford a time of quiet self-reflection from the normal busy day. I used the time to wander aimlessly along and to “see things again” through my cameras, unfettered by a tight schedule or the wants of others.

After an hour or so on the High Line, generally making myself a nuisance to other users and drawing some confused looks from tourists, some of whom wondered why the old guy was taking photos of a wall or getting low to the ground*, I felt as though I had reset myself. As I headed up to Central Park it was as if I was able to focus on my photography like I used to. 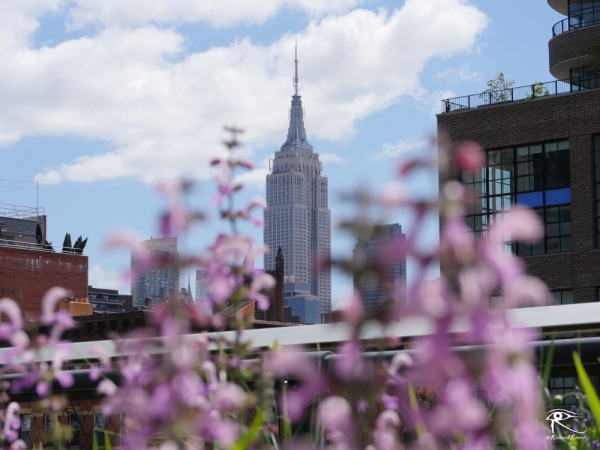 * as an aside this is a great way to get strangers to look at all sorts of odd things and almost start a chain reaction of crowd behavior. It’s surprising just how few people will actually ask what you are trying to see!