Today is a day when those of us in the USA can experience the phenomenon known as jet lag, without all the inconvenience of leaving home. For it is ordained that we must spring forward, like eager little bunnies and lambs and so enjoy the lighter evenings that the season affords.

For those of us who are early birds that get up at the crack of dawn this is a right royal pain in the derriere as we have to go back to darker mornings, but I guess that’s besides the point.

So, why do we think it’s a good thing to interfere with our biological clocks, interrupting our established circadian rhythm and generally upsetting the status quo?

Well, we have to look no further than one of the Founding Fathers, Benjamin Franklin, to take some of the blame for it was he who, back in 1784, penned the idea in an essay entitled, “An Economical Project for Diminishing the Cost of Light” in The Journal of Paris, along with other more Draconian ideas such as taxing window shutters, rationing candles, enforcing a curfew to reduce noise at night and conversely ringing bells and firing cannons and daybreak to awaken Parisians!

His rationale for this? Purely to save money, or the cost of candle wax, to be more specific!

As far as I can tell, his idea went unheeded until World War I when Germany implemented the system of putting the clocks back in order to increase diurnal productivity during a time of conflict. Britain and other nations soon followed and (much like the pub licensing hours in the UK within the Defence of the Realm Act from a similar time – but I digress…) the idea stuck and never went away.

On April 13, 1966, President Lyndon B. Johnson signed into effect the Uniform Time Act to “promote the adoption and observance of uniform time within the standard time zones” to stop states from changing their clocks on different dates, standardizing it at the last Sunday in April. Eh, but it’s only March, so what’s going on?> Well, it seems that the powers that be were still not happy with this so the law was amended again in 1986 to move the date to first Sunday in April from 1987 and then again in 2005 to the second Sunday in March (i.e., today!).

If that wasn’t bad enough, other countries change their clocks at different times and even some US states and territories don’t observe this practice (namely Arizona, Hawaii, Puerto Rico, US Virgin Islands, Samoa and Northern Mariana Islands).

So, what is a person to do?

Well, as there’s very little I can do about it I will be forced to embrace the extra hour of light in the evening and sit outside on the deck with an alcoholic beverage, fortifying myself for the return of the dark morning on the morrow… 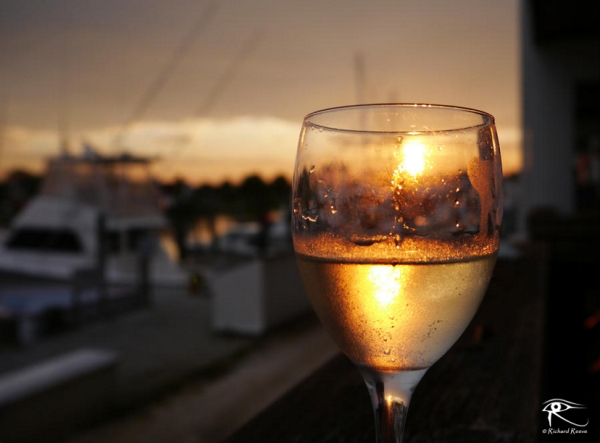 One thought on “Spring forward or jet lag for non flyers”