As with every morning the old man picked his way along the freshly hosed down cobbled streets to the same spot and arranged his sign and his jar before sitting on the chilly doorstep.

The sun came up over the ruined castle and warmed his face and hands as he unbuckled the bellows of his accordion.He cocked his head and scanned up and down the street, hearing the increasing footfall echoing between the buildings from the old stairway.

The first cruise ship had arrived, so he started his playing.

“That’s beautiful,” said a young woman’s voice as she dropped some coins in his jar.

Looking up whilst playing he smiled graciously at her through sightless eyes. 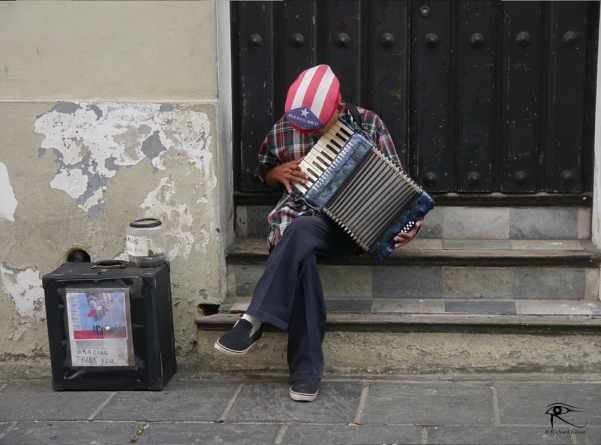 2 thoughts on “6 sentence story – Playing to the crowd”