gave us a glimpse of the past.

WEEK 39: Art: Handmade – Your artistic interpretation should be inspired by another artisan’s handmade work. Literal or interpreted.

This was an easy one, living in a house with so many artistic people. As it was a nice bright day I popped outside and took some shots from my daughter’s large, “Earth Nest” work in the front garden. The three eggs represent the earth, wind and water sitting in the nest that is our planet.. The water egg is broken open to suggest the rising tides associated with global warming. 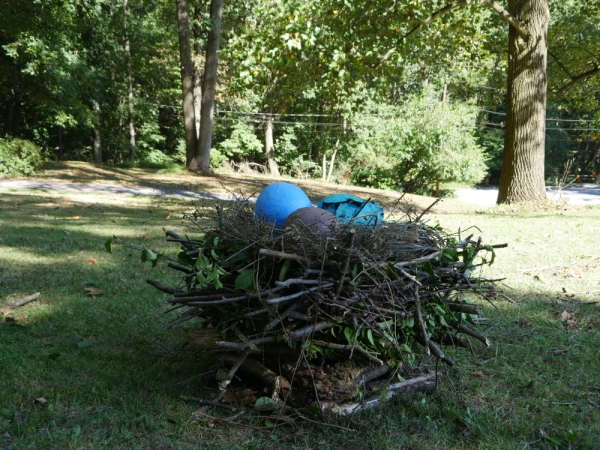 Long before cell phones were available there was a need for teams of individuals to maintain the huge numbers of individual telephone lines that criss-crossed the countryside.

This is an image taken as part of the Farm Security Administration Survey around 1939. I came across it when searching the Library of Congress several months ago and I thought it was such a great shot, showing everyday work, including improvising a safety beam with a tree branch! The original version had quite a few issues with fibers, lines, dust and other marks on it so I spent several hours cleaning up this PD image. When I was finished I also made a black and white version.

I share them both below although I still think the color image is better, as I like the sky and the earth tones of the guys’ clothing. What do you think?

Today is world rhinoceros day. As I haven’t written a haiku for a while I dedicate one today to this wonderful beast… 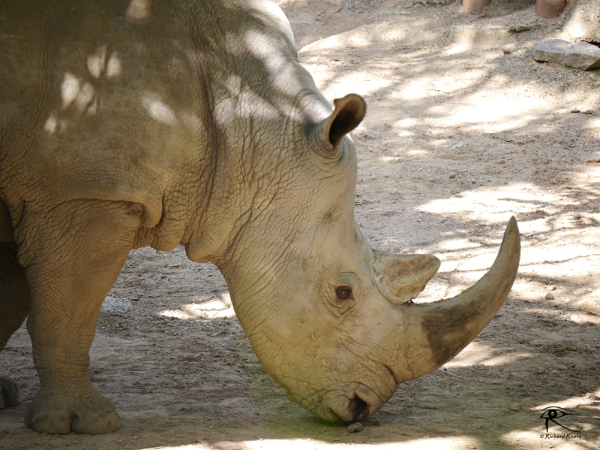 WEEK 38: Landscape: Get Low – Time to look at the world from a different angle. Shoot a landscape from a low point of view.

Not much chance to get out today so I went though some shots from earlier in the year. This one really cheered me up – spring daffodils leading up to a lovely old tree, taken from a fairly low angle. 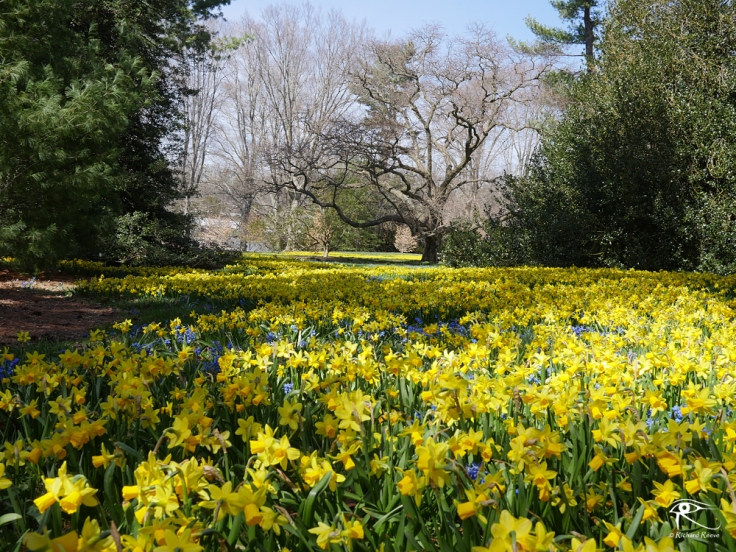 Yes, I know Ian was almost certainly referring to the folly of work, perhaps as he saw it from the perspective of an artist, or perhaps, as others have suggested, as a comment to the labour strikes and conditions in late 1970s Britain when he penned the lyrics. However, my obscure interpretation is going to be a photo of the Folly Theater in downtown Kansas City, Missouri that I took one evening from the hotel window opposite. 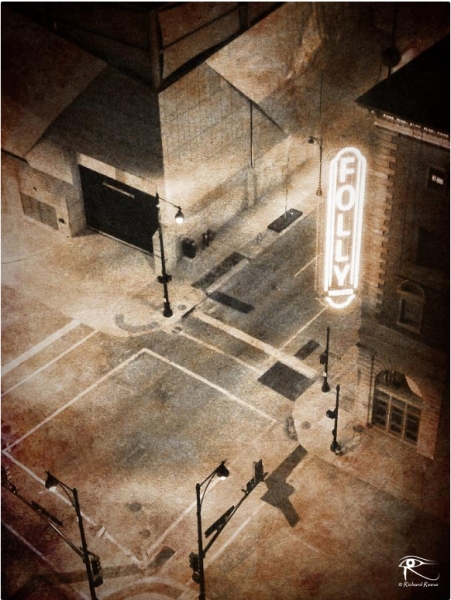 This 116 year old theater is still very much working and started its life as a burlesque and vaudeville hall. I am sure that many people over the century have had reasons to be cheerful attending The Folly!

OK, I was going to get smart with this one, but failed. Obviously I am not going to be able to take a photo of Buddy Holly, or even any memorabilia associated with his hometown of Lubbock, TX. I thought I’d be a smart ass and take a photo of some holly buds in my garden, but that was not possible either. Instead I looked up to see if there are any PD images I could use and I found one on Wikipedia from Brunswick Records. I restored it by removing the dust, blurs and the ripped sticker in GIMP, and then thought I’d get creative and turn it into a cyanotype and a  photochrom style image. I don’t know which I like best so I posted all together.

Whatever way you look at Buddy Holly certainly looks cheerful in this promotional image and his music is undoubtedly some of the most influential over the last six decades in forming rock and roll and subsequent genres, as well as helping define the whole relationship between bands, their managers and their record companies.

Buddy Holly – his music will always a reason to be cheerful!

Yesterday I wrote about the Reasons to be Cheerful photography challenge and explained that I have started it now as I wanted to kick off with the word “Summer.” Well, apparently our summer officially ends this Thursday in Pennsylvania so here’s my image: 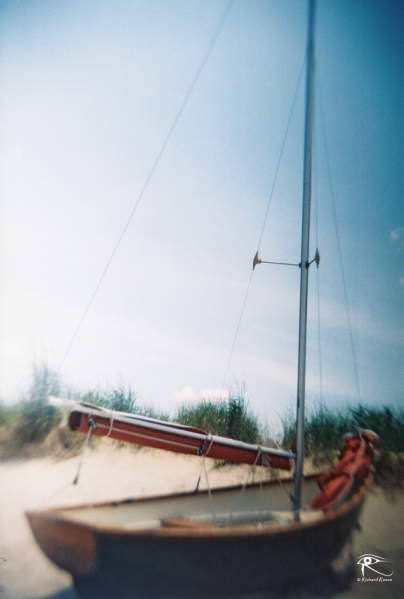 Summer to me is associated with days the beach, both as a kid and an adult. This image was taken in the summer at Cape May, New Jersey with my little Recesky plastic camera, a fun device I described in a prior post. I am not a sailor by any means, being the sort of guy that gets seasick when crossing a bridge, but I still loved the look of this beautiful little wooden sailing skiff pulled up on the sand.

A Reason to be Cheerful, for sure!